Retirement Planning for Stay At Home Moms (and Dads!)

It can be done and you deserve it!

one day, stay-at-home moms will retire from their job.

Stay-at-Home Moms can Save for Retirement.

Stay-at-Home Moms (and Dads)  are in a unique position. They have an incredibly hard job: managing their families and household. They are oftentimes not shown the appreciation they deserve.

(I am going to use Stay-at-Home Mom/Dad/Parent interchangeably as every family is different, but the same sentiment applies to all parents working inside their home.)

Having a one income household presents many challenges. It is expensive to raise a family and having one income to support the many expenses homeownership, children and pets present can cause financial stress.

This one income’s job is not only to financially support the family today, but also support the both spouses in the future. Many single income families are just focusing on the now and not the later.

Having one income also creates emotional challenges. The Stay at Home parent may feel like they do not contribute to the household because they are not earning an income or they may feel guilty about spending money on themselves because they didn’t “earn” it.

When working with families that have one parent working inside the home, I make it a point to enforce that just because they don’t have direct deposit every two weeks into the checking account doesn’t mean they don’t have a seat at the table.

As a Financial Advisor for families, I include both spouses in the conversation. It can be thought that because the SAHM is not “bringing home the bacon” they do not deserve to be part of the financial conversations. I disagree. In all scenarios, if both spouses are not in the conversation, it is a disservice to their family and a big mistake for both of them. Both spouses need to be on board, or at least, informed about their household’s finances.

I like to quantify the work the stay-at-home mom does. How much does the family save by not sending the children to daycare? Or how much would it cost to have the house cleaned by a cleaning service because both spouses work 8-5? Who would have to leave work early to get your daughter to dance class at 4:30 each week? All of those little things add up to an income.

Quantifying the Stay-at-home parent’s work does two things: Gives that spouse confidence in what they do, because it is valuable emotionally and financially. It also shows the working partner that just because their spouse isn’t earning a paycheck, doesn’t mean she is not bringing monetary value to the household.

It is important for both spouses to have life insurance. I also bust the myth of the working spouse needing more life insurance on themselves. I actually believe it should be the other way around. But more on that in this series.

I also create a plan for retirement… for both of them. Just because the stay-at-home parent doesn’t earn an income, doesn’t mean they aren’t going to retire one day. We need to plan accordingly for that.

Stay-at-Home Moms can Save for Retirement: Contribute to an IRA

IRA stands for Individual Retirement Account. An IRA allows you to save a little extra money each year for retirement. This savings can be in addition to an employer provided 401k/403b plan.

Your IRA can be invested in stocks, bonds, mutual funds, etc.

Contribution limits for IRAs in 2021 are:

Once you retire and start living off of your retirement savings, (meaning, taking withdrawals from your retirement accounts)  that is when you are going to pay taxes. But you’re only paying taxes on the amount you withdraw, not your entire IRA value. 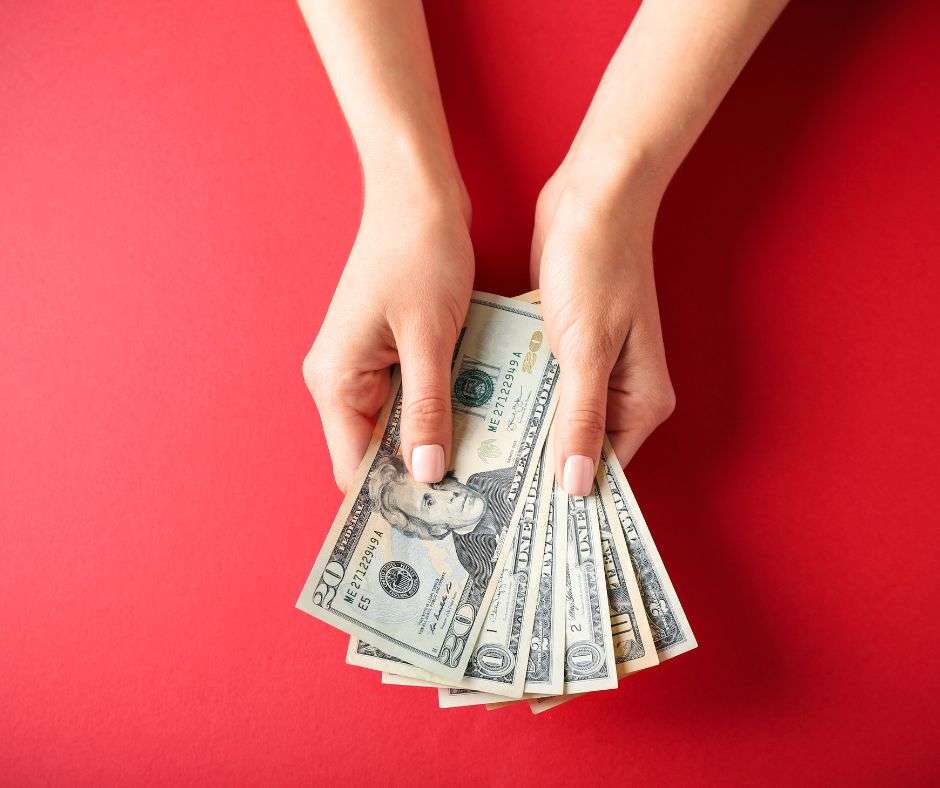 Stay-at-Home Moms can Save for Retirement: Roth IRA

A Roth IRA is another type of individual retirement account. A Roth IRA is funded with after tax dollars, grows tax deferred and when you make withdrawals (assuming you follow the rules of the Roth IRA), you do not owe taxes on your withdrawal.

So let’s say over the years one contributes $10,000 to her Roth IRA. At age 67, she retires and her Roth IRA is valued at $100,000. She can make withdrawals from her $100,000 Roth IRA without having to pay taxes. Roth IRAs are pretty awesome. To learn more about Roth IRAs, check out my blog  post on Roth IRAs.

Roth IRAs have the same contribution limits as traditional IRAs: $6,000 or $7,000, depending on age. You can not contribute $6,000 to both an IRA and Roth, you can only contribute $6,000 in total to your Individual Retirement Accounts.

If your teenager earned $3,000 at his side job, the most he can contribute to an IRA is $3,000.  One exception to this earned income rule is a Spousal IRA.

Stay-at-Home Moms can Save for Retirement: Spousal IRA

Contribution to a Spousal IRA is a great way to give your household’s retirement savings a potential boost. Especially if there is only one working spouse with an employer provided retirement plan.

Spousal IRAs can either be traditional or Roth IRAs.

A spousal IRA is not a joint account. It is an individual account, and the non-income earning spouse is the owner, even though the other spouse is funding it. And it is important to note, in case you separate or divorce in the future, that once the money is in the spousal IRA, it now belongs to the IRA owner.

In order to take advantage of a spousal IRA, you must file taxes, married filing jointly. If at some point in the future, the non-income earning spouse starts earning an income, they can contribute to the spousal IRA with their earned income. But the contribution limits still do apply. 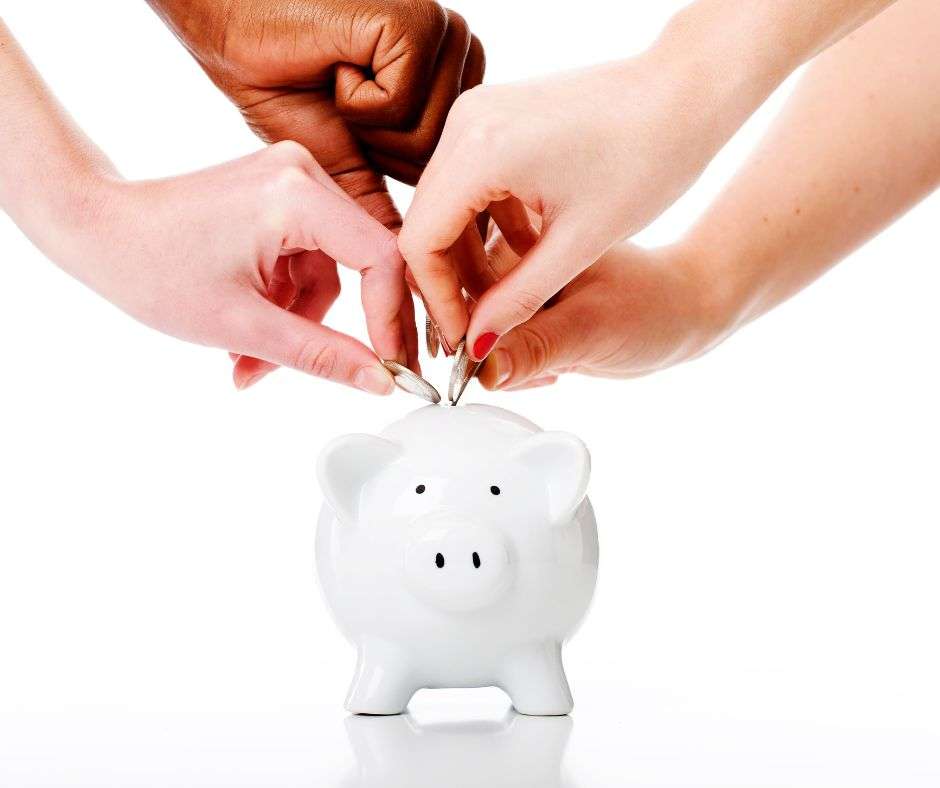 It’s no secret that stay-at-home moms have one of the hardest jobs on the planet, yet they rarely are compensated for the long hours and busy days. The setting up of a spousal IRA not only allows both you and your spouse to save for retirement. This can provide you confidence in your financial future, some independence from your spouse and also guarantees that you will have your own retirement account set up in the event of a divorce. Although we hope that divorce is never an option, the reality for many women who don’t earn a paycheck is little to no savings for retirement in these situations.

A 2015 study conducted by Transamerica Center for Retirement found that only 44% of stay-at-home moms were currently saving for retirement while another 51% did not have any sort of written strategy. Does this surprise you? The gap in retirement literacy for homemakers extends across America as finances are deemed a man’s role. Shifting this narrative allows both you and your spouse to see the benefits of a spousal IRA.

What are the risks of not saving for retirement?

The risks of foregoing spousal IRA contributions are high for both you and your spouse. The recent pandemic taught us that nothing is guaranteed. Many individuals near retirement age who got laid off decided to just retire. Bloomberg estimates that nearly 3 million Americans retired due to the pandemic. Do you want that same opportunity if you are put in that situation? Building a strong nest egg doesn’t happen overnight. In fact, it takes decades for you to accumulate enough wealth to retire comfortably.

Homemakers who neglect retirement planning won’t have the same opportunities as those who regularly contribute or hold earned income jobs. Recent estimates suggest that you need over $1 million to retire comfortably without taking into consideration inflation and rising costs of living. Contributing to two retirement accounts at once allows both you and your spouse to reach your retirement goals sooner.  Small steps today can make a big difference for the future. 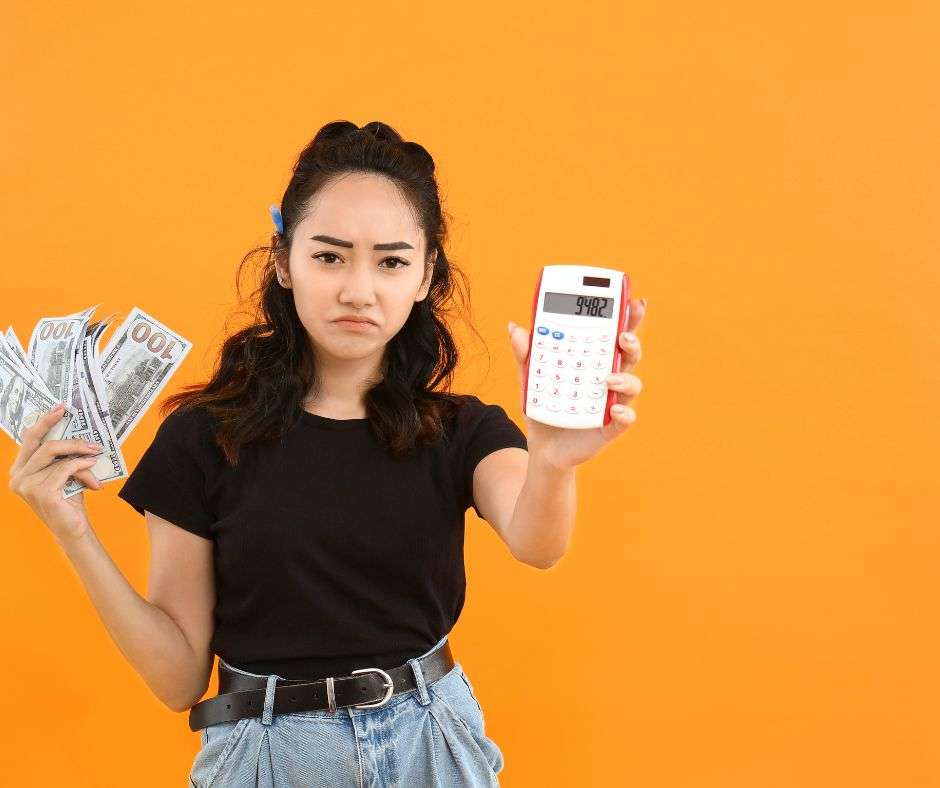 Why should I start saving for retirement now?

Another top advantage of contributing to a spousal IRA now is quicker retirement. Opening up a spousal IRA allows you to double these limits, earning more income. Planning on retiring early? How about wanting peace of mind that you have enough to retire? A spousal IRA can help you achieve these things with minimal backend work required on your end. 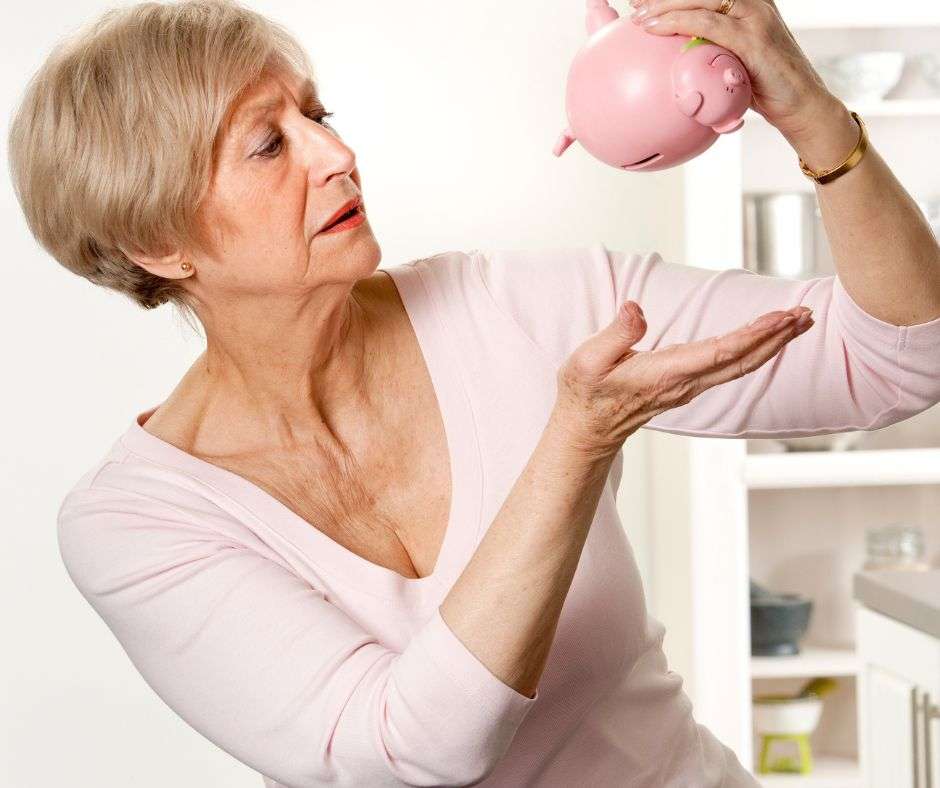 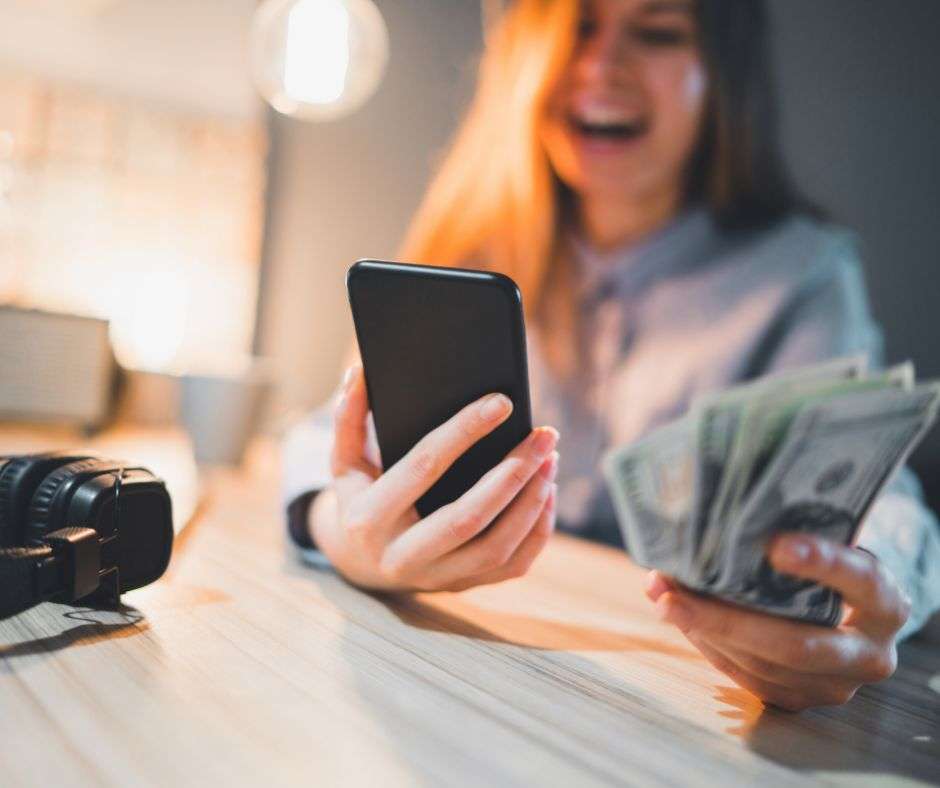 What are other ways to save for retirement?

The good news is that there are other ways to begin saving for retirement as a homemaker. Defined contribution plans, solo 401(k)s, income annuities, life insurance plans, and traditional pensions are a few of the other options available for families with stay-at-home moms. Each of these retirement options comes with limitations, making it important to consult with an expert.

Some homemakers simply write off a spousal IRA because they have a lack of funds or they don’t think about it because they aren’t “earning” an income. Although these are valid reasons, the work you do can be quantified (stay tuned for my next blog post on the topic) and you will “retire” one day. If funds are tight and your household may not be able to save that extra money, there can be ways to generate a few dollars. For example, do you have old clothes or household items you can sell? Can you turn a hobby into a means to earn a little extra money? Are there ways to make small changes in the household’s spending? Little changes can make a big impact and create an extra $100 a month that can be allocated to your spousal IRA.

Setting up a spousal IRA doesn’t have to be time intensive. In fact, it only takes a few simple steps before you are able to start setting aside money for your future retirement. First, you want to reach out to a financial advisor that specializes in these situations. Greenway Wealth Advisory understands that planning for retirement is overwhelming and when one spouse works inside the home presents more challenges. That is why we create a customized plan that allows you to work towards your financial goals, one step at a time. Reach out today to start the conversation.

Start the Conversation
I have been the only woman in a room of men in dark suits.

It can be intimidating.

My goal is to create an environment of comfort and openness for my clients.

Why is a Roth IRA Awesome!

Roth IRA is a term that I’m sure you have heard before, but may not necessarily understand. So, let's take a few minutes to talk about them, clarify and excite! A Roth IRA is an individual retirement account. You contribute to a Roth IRA with earned income. What makes...

What is a Spousal IRA?

Did you know that you can have an IRA account for each spouse even if one spouse doesn’t earn an income? You need earned income to contribute to an IRA (individual retirement account) but one exception is a Spousal IRA. A Spousal IRA is when one spouse contributes to...

Is a Traditional IRA or a ROTH IRA right for me?

More from my Blog