Will You pay less taxes in retirement?

While some of those statements may be true, I am here to bust that myth and explain why assuming you’re going to be in a lower tax bracket in retirement is a mistake. I can say with confidence that you should plan on paying the same amount of taxes, if not more, in retirement.

Below are topics I discuss with my clients as they are preparing for retirement.

Women, taxes and retirement income: Where are you going to live?

If you plan on living in the same house in retirement, that is an important factor when planning for retirement income. But it is also a reason why you may end up paying more in taxes.

Are you going to have a mortgage when you are retired? If yes, then you are going to need enough income to at least pay the mortgage, insurance, property taxes, etc.

People that transitioned to working from home as a result of Covid can attest that your utilities are definitely used more and there is more wear and tear on your home.

The cable company doesn’t care that you’re retired; your payments are going to be the same. Just like in the event of death of a spouse or partner, there are some expenses that are fixed, no matter how many people live in the house.

Paying off mortgage before retirement

You may be saying to yourself, “ Well I plan on paying off my mortgage before I retire.” That is a great goal to achieve. But it also creates an interesting tax scenario. When you have a mortgage, you are able to deduct your mortgage interest from your income. In 2022, single filers and married couples filing jointly can deduct the interest on up to $750,000 for a mortgage if single, a joint filer or head of household, while married taxpayers filing separately can deduct up to $375,000 each (rocketmortgage.com). So, without a mortgage, no interest deduction, no income reduction, potentially higher taxable income. 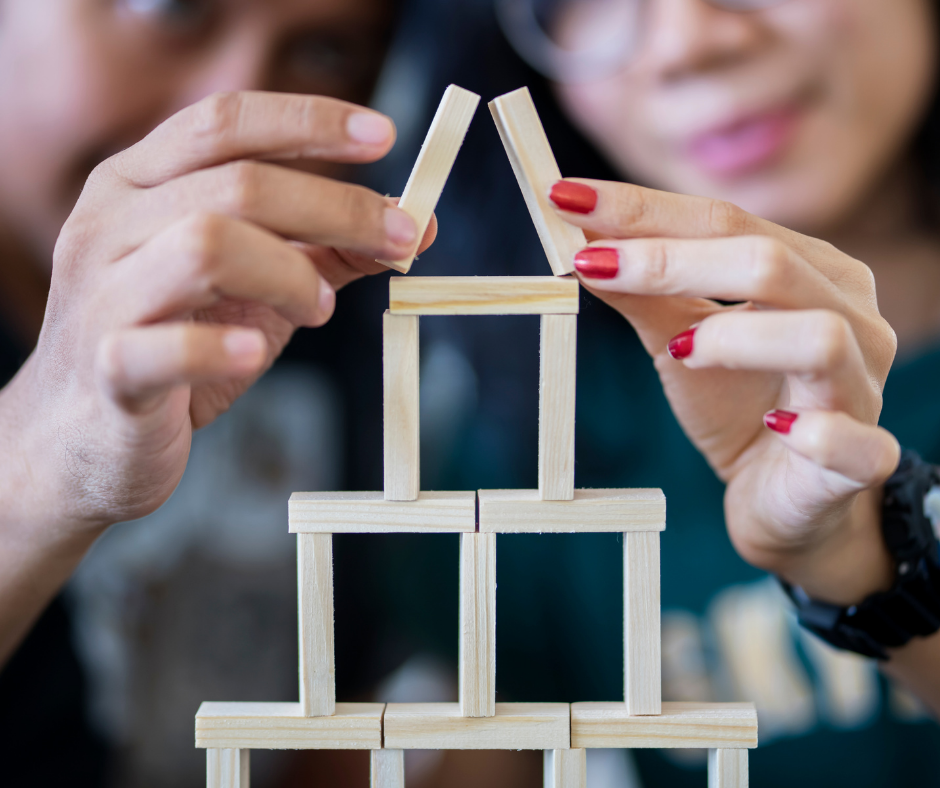 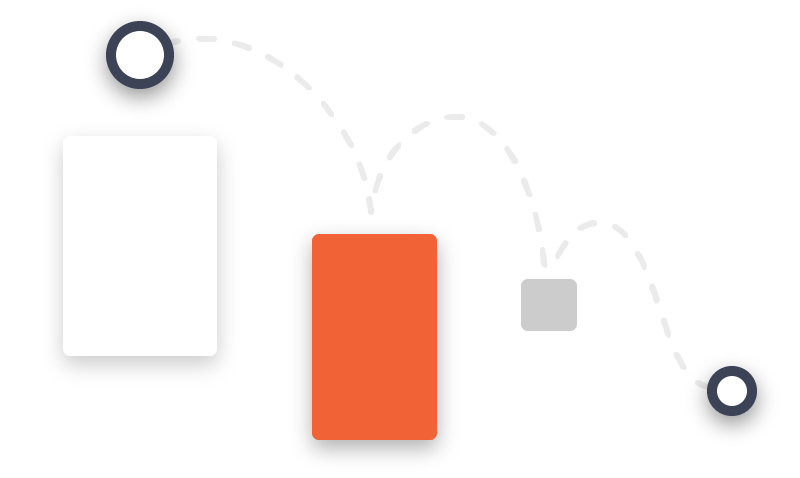 One benefit for Senior Citizens is that you are allowed a larger tax deduction for your federal tax.  When you’re over 65, the standard deduction increases. The specific amount depends on your filing status and changes each year. For the 2022 tax year, it is $14,700. Taking the standard deduction is often the best option and can eliminate the need to itemize. 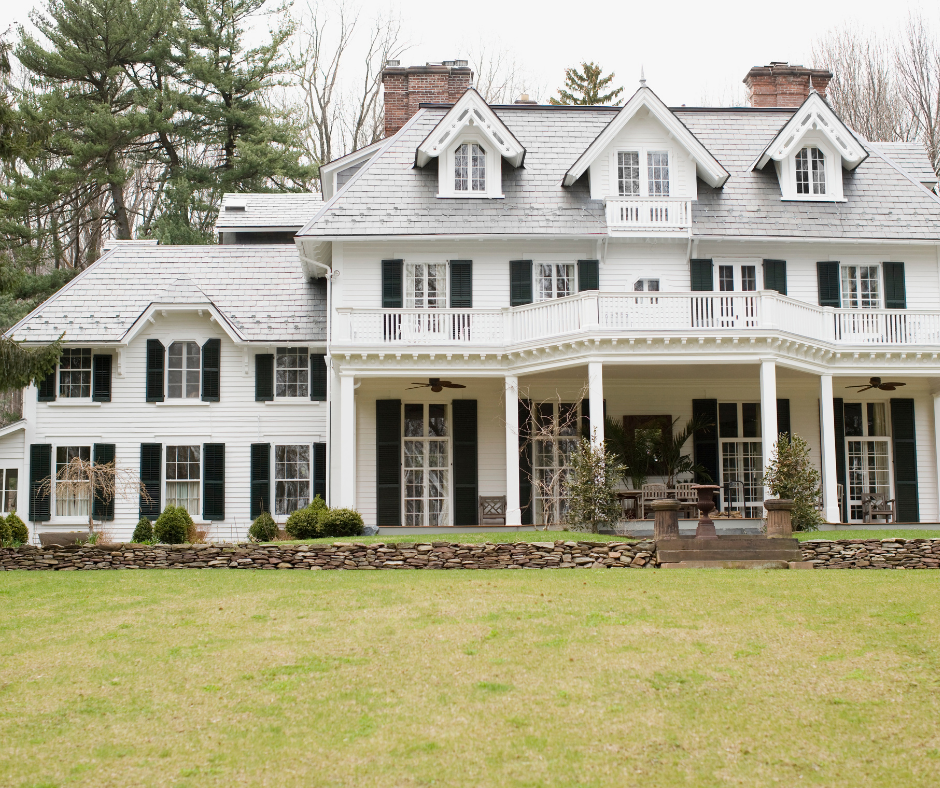 Many retirees decide they are going to relocate and live in a warmer climate. This relocation also comes with the idea of “downsizing.’

Downsizing makes perfect sense, your kids are on their own, you won’t have as much house to take care of, but when you downsize are you also downsizing the cost of your home?

Meaning, are you buying a new home that results in a lower monthly payment? Are you able to put a large chunk of a down payment down for your new home? If not, you then need more income to pay for this higher payment.

Or you may have a mortgage that is similar to the one you had in your previous home, which means your expenses are similar and your need for income during retirement remains the same.

Many retirement communities provide services such as landscaping, pools and common areas. Although those are great benefits, they come at a cost. Does your new home have an expensive HOA? That’s another expense that is going to result in your income needing to be higher.

Speaking of kids being on their own, now that you’re an Empty Nester, you’re losing out on another tax deduction: your children.

The federal government allows you to claim dependent children until they are 19. This age limit is extended to 24 if they attend college.

If your child is over 24 but not earning much income, they can be claimed as a qualifying relative if they meet the income limits and/or if they are permanently disabled.

If you owned a business and sold it when you retired, the good news is that your visits with the accountant are going to be less stressful, but the bad news is that you no longer have the deductions that owning your own business afforded you. For example, utilities, cell phone, auto expenses, taxes, entertainment, travel expenses, and more can no longer be written off under the business.

When creating a Retirement Income Plan (Link to distribution blog), I create a strategy around your “Base Income.” Base Income is all streams of income that are coming into you no ifs, ands or buts: Social Security, pensions, annuity income, rental property income. During the retirement income planning process, I find ways to maximize that income. When calculating how much income the retiree needs to pay themselves from their own investments, I take the difference of the desired income and the base income. For many retirees, the good thing is the base income can be substantial and satisfy a good percentage of a retiree’s needed income. What’s not so great about a large base income? A lack of flexibility, especially when it comes to taxes. But, understanding the taxation of your base income is important because it is such a large part of your retirement income.

You will pay tax on 85% of your Social Security benefits, based on IRA rules if you:

+ ½ of your Social Security benefits

Your state may tax your Social Security

We have just been talking about federal taxes, your state may also tax your social security! If you live in Colorado, Connecticut, Kansas, Minnesota, Missouri, Montana, Nebraska, New Mexico, Rhode Island, Utah, Vermont or West Virginia during retirement, you can expect a portion of your Social Security benefits to be taxed at a state level.

To put it bluntly, you’re paying taxes on the money you received as a result of paying taxes. 🙂

Women, taxes and retirement income: Your Pension may be taxed

If you or your spouse has a pension in retirement, you’re one of the lucky ones. Pensions, or defined benefits plans, have been phased out of employer benefits over the past few decades. Defined benefit plans, where the employer pays you in retirement, have now shifted to Defined Contribution plans (401ks, 403bs) where you are responsible for contributing and your employer may match a portion of your contribution to your retirement savings.

You will pay federal income tax on your pension income, the same way you paid federal income tax on your earned income. And, like Social Security, the state you live in matters. There are a handful of states (14 to be exact) that do not tax pension income at all. Here they are: Alaska, Alabama, Florida,  Hawaii, Illinois, Mississippi, Nevada, New Hampshire, Pennsylvania, South Dakota, Tennessee, Texas, Washington, and Wyoming.

Women, taxes and retirement income: Tax bracket now and in the future

As a mother of four children, I would like to say I have seen most kids movies in existence. No, instead I have seen the same handful of movies 500 times.

A favorite of ours right now is Sing. The cute koala with the failing theater holds a singing competition for the animal citizens of the town.

Buster Moon says during one of his failed attempts to save his theater “You know what’s great about hitting rock bottom? There’s only one way left to go, and that’s up!”

I apply the same mentality to taxes, except I am not as excited as Buster.

It is a misconception to assume that you are going to be in a lower tax bracket in retirement.

Back in the 1980s when there were 14-16 tax brackets, it was easy to move from one to the other. Now, tax brackets are wider, there’s a lot of open space, so even if you’re making less money, odds are you’re not going to change tax brackets.

Even if all things stay the same for your income, taxes are low right now, and Buster proves to us that when something is at a low, it will go up. We will have higher tax rates in the future.

I’ll repeat myself: We will have higher tax rates in the future.

The government creates tax rates, which are based on many factors. But we do not have a crystal ball into the future to know what tax rates are going to be when we are in retirement, but we can learn from history.

Since 1994, the highest tax rate has been pretty consistent. But, let’s look at the 50’s. Those are some pretty high rates. With the constantly growing deficit that somehow needs to be paid, or maintained, there’s only one impactful way to do so: raise taxes. Source: https://bradfordtaxinstitute.com/Free_Resources/Federal-Income-Tax-Rates.aspx

Why? A portion of your retirement account belongs to Uncle Sam.

The government has been nice enough to allow you to accumulate your retirement savings for many years. Now it’s time for them to get that much needed tax revenue.

When the bulk of your savings is in tax deferred accounts, meaning the vast majority of the money you are living on is going to be subject to taxation later on, you need to be aware that you’re likely to have a hefty tax bill in retirement. That’s because you don’t have the deductions you had in the past to offset some of your tax liability. Your mortgage is either paid off or close to being paid off, so you have a small interest deduction. The kids are (hopefully) out of the house, so no deduction there. And you’re no longer saving for retirement and contributing to the 401k which reduces your taxable income. 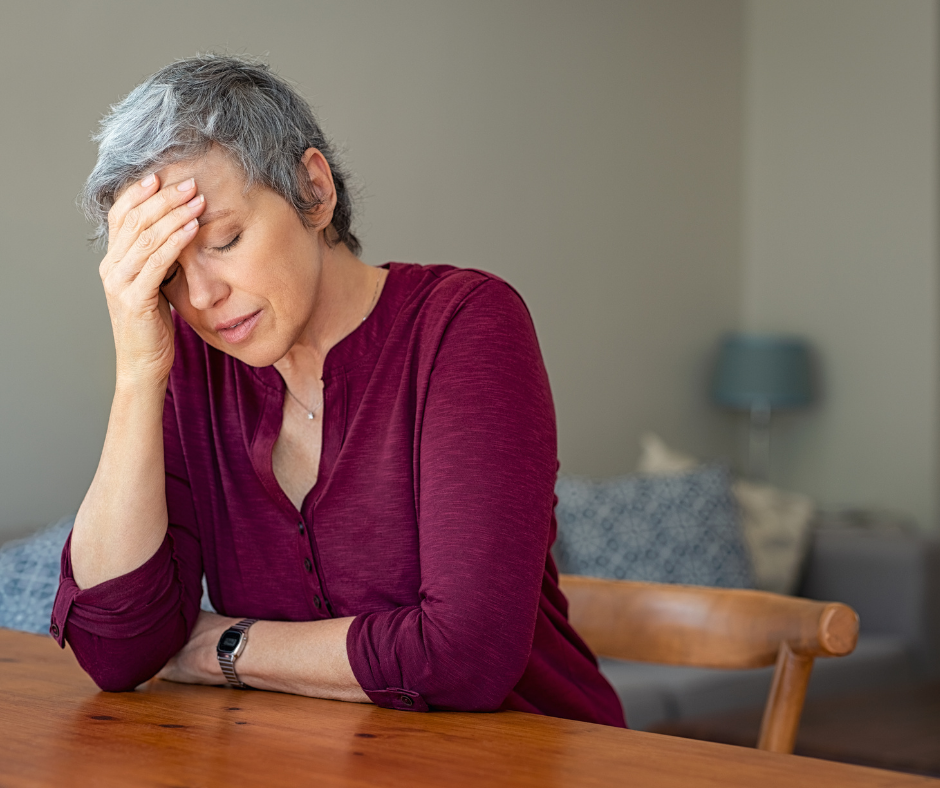 You need to plan for retirement 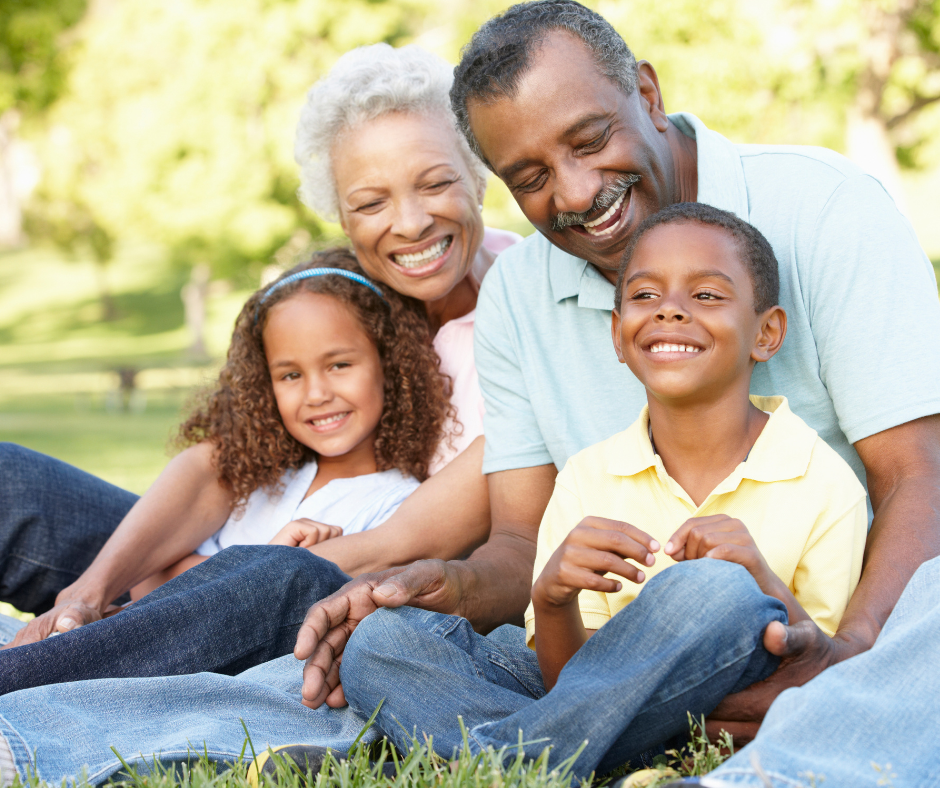 So, with all that being said, what is most important is to plan for retirement.

We all know we are going to retire one day. But there is not much planning that is happening. That may be because its intimidating, there’s so many moving parts to plan for. Or it may be because no one you know planned this much for retirement, so why should you?

We just think that retirement is this destination and the savings we have accumulated, plus Social Security, will get us through.

Retirement is not a destination, it is a period of time.

We spend more time planning our vacations than we spend planning retirement. From where are we going to live, to how are we going to afford it- the details need to be talked out. That is why working with a Financial Advisor is essential.

Do not wait until the year you want to retire. Strategies need to be in place years in advance in order to make sure you’re prepared.

A Financial Advisor will ask you questions you may have never thought about and provide value from their years of prior experience of helping their clients retire comfortably.

Retirement is supposed to be the longest and best vacation of our lives, give it the attention and planning it deserves.

I have been the only woman in a room of men in dark suits.

It can be intimidating.

My goal is to create an environment of comfort and openness for my clients. 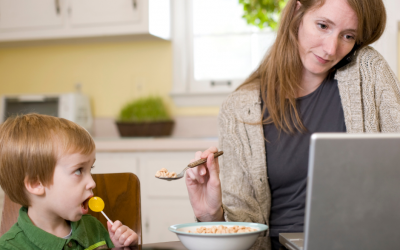 What Should Stay at Home Moms do with old 401k? 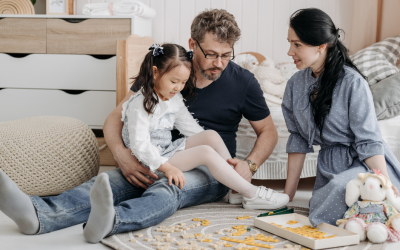 Retirement Planning for Stay At Home Moms (and Dads!) It can be done and you deserve it!*Privacy Policy: We hate SPAM and promise to keep your email safe. one day, stay-at-home moms will retire from their job.  Planning for retirement is probably not at the top of a...

Why is a Roth IRA Awesome!

Roth IRA is a term that I’m sure you have heard before, but may not necessarily understand. So, let's take a few minutes to talk about them, clarify and excite! A Roth IRA is an individual retirement account. You contribute to a Roth IRA with earned income. What makes...

More from my Blog